Patent: Systems and Methods for Occluding Images and Videos Subject to Augmented-Reality Effects 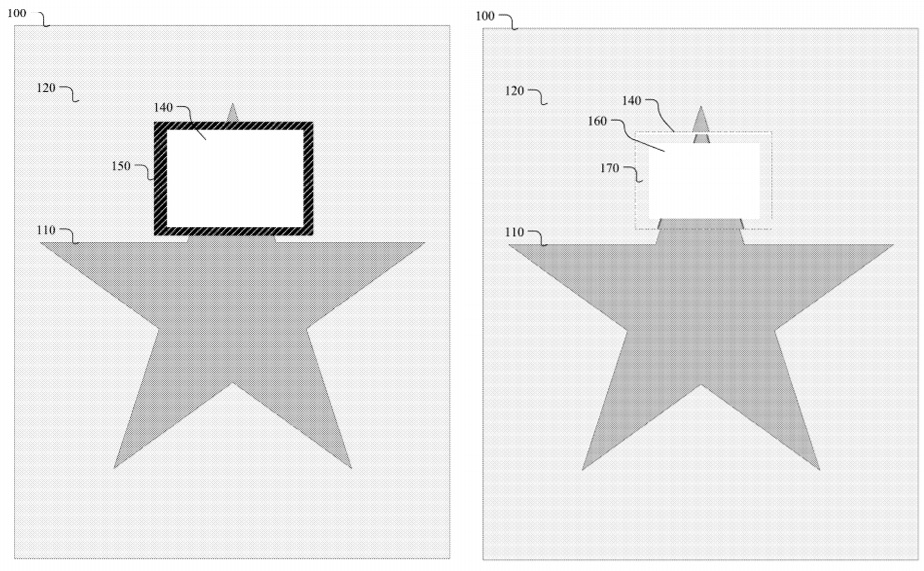 Augmented reality provides a view of the real or physical world with added computer-generated sensory inputs (e.g., visual, audible). In other words, computer-generated virtual effects augment or supplement the real-world view. For example, a mobile phone with a camera may capture a real-world scene (as an image or video) and display a composite of the captured scene with computer-generated objects. The virtual objects may be, for example, two-dimensional and/or three-dimensional objects, and it may be stationary or animated. The virtual objects may be configured to be conceptually positioned anywhere within the captured scene. For example, from the perspective of a viewer, a virtual object may be positioned behind or in front of an object in the scene (e.g., a tree, a person, etc.). When the virtual object appears in front of the object in the scene, the virtual object in effect covers a portion of that object. Thus, the covered portion may not be visible to the viewer. In certain circumstances, a user who created an image/video with augmented-reality effects may have intended for the covered portion of the underlying image/video to be concealed.

A mobile computing device–such as a smartphone, tablet computer, or laptop computer–may include functionality for determining its location, direction, or orientation, such as a GPS receiver, compass, gyroscope, or accelerometer. Such a device may also include functionality for wireless communication, such as BLUETOOTH communication, near-field communication (NFC), or infrared (IR) communication or communication with a wireless local area networks (WLANs) or cellular-telephone network. Such a device may also include one or more cameras, scanners, touch screens, microphones, or speakers. Mobile computing devices may also execute software applications, such as games, web browsers, or social-networking applications. With social-networking applications, users may connect, communicate, and share information with other users in their social networks.