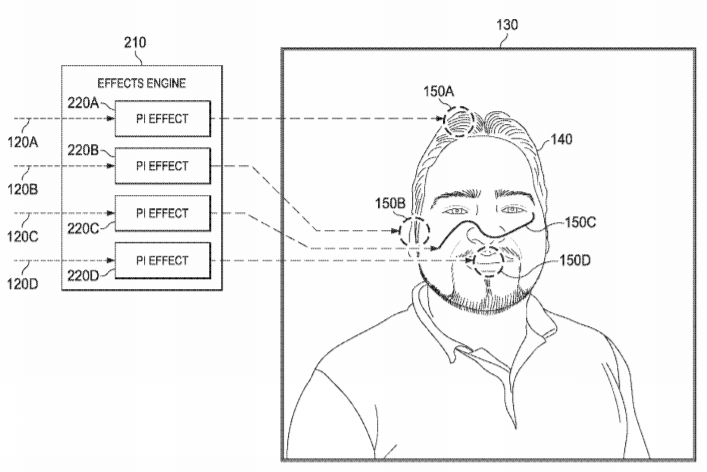 Augmented reality (AR) can allow virtual objects to be placed in a video stream. For example, AR can augment and/or modify input video with computer-generated sound, video, and/or graphics. In one instance, an AR system can utilize face-tracking software that allows a user to appear to wear a mask that moves with the user’s face and/or changes expressions. In another instance, a nod of the user’s head can cause the mask to move up and down over the user’s face. Consumer-facing offerings like this can drive popularity in AR systems.