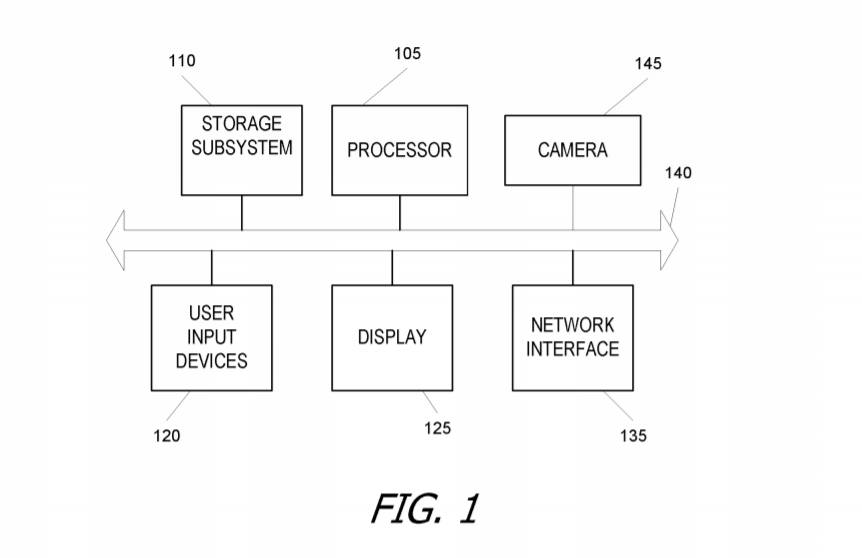 The present disclosure relates generally to user interfaces, and in particular to a user interface that enables a user to calibrate the position of a three dimensional model with a real-world environment represented by that model.

In order to overlay information over a particular object within the real world view in an accurate manner, the enhanced reality application must have some way of determining which of the many pixels within the view correspond to that particular object. The real world view might contain various pixels corresponding to many different objects in various different locations. If the overlaid information is placed within the wrong spot within the view, then the user of the enhanced reality application may become confused or misinformed. Therefore, enhanced reality applications may refer to a virtual model of the real world. This virtual model might include, for each known real-world object, a set of three dimensional coordinates that represent points defining the contours of the surface of that object. For example, the set of coordinates for a building would probably include at least coordinates for the points at the corners of the building. If the coordinates corresponding to a particular object are connected with lines, a wire-frame model of that particular object may be produced.

Possessing a particular object’s set of coordinates, or its wire-frame model, helps very little unless those coordinates are accurate. An object model database may include, for various real-world objects, coordinates that are meant to be meaningful within a coordinate system that is used by a global positioning system (GPS). When the user of an enhanced realty application uses his application at a particular place, the device on which that application executes may utilize its sensors–typically including a compass, a gyro, and a GPS–to estimate device attitude and displacement in reference to a given frame, and the GPS coordinates at which the device is positioned. The application may use this estimated location, attitude, and displacement information obtained automatically by the sensors in order to attempt to place the user accurately within a virtual model. If the user’s position and orientation were estimated with perfect accuracy, and if the model to be portrayed were perfect, then the wire frame model of objects within the user’s vicinity could be aligned perfectly accurately with the pixels that correspond to objects within the device’s view. Under such circumstances, the enhanced information could be overlaid at precisely the correct positions within the enhanced reality view. Unfortunately, because GPS is a satellite-based technology, its positional estimates are not fine-grained, and often can only be obtained at a relatively coarse granularity, so that the user’s actual coordinates within the wire frame model might be significantly offset from the coordinates estimated using the mobile device’s GPS. Furthermore, inaccuracies in alignment between a wire frame model and the pixels within the device’s view can result from errors in orientation, attitude, and displacement due to inaccuracies in compass, gyro, and tilt measurements. Consequently, even the best automatically ascertained coordinate and orientation estimates for the user can cause the enhanced reality application to align the wire frame model with the real world view imprecisely, producing errors in the manner in which enhanced information is overlaid in the enhanced view.

In certain embodiments of the invention, a user interface enables a user to calibrate the position of a three dimensional model with a real-world environment represented by that model. Embodiments of the invention can take advantage of the fact that human vision excels at recognizing and associating (1) features from a simplified three-dimensional model of the environment with (2) live video of the environment. Embodiments of the invention can employ human vision in order to assist the precise registration between a projected model of the environment with live video of the environment. Techniques are disclosed for enabling a human to associate the features of the three-dimensional model with the live video. Using a device’s suite of sensors, the device’s location and orientation can be determined. A video image of the device’s environment can be displayed on the device’s display. The device can overlay a representation of an object from a virtual reality model on the video image. The position of the overlaid representation can be determined based on the device’s location and orientation. In response to user input, the device can adjust a position of the overlaid representation relative to the video image.

The following detailed description together with the accompanying drawings will provide a better understanding of the nature and advantages of the present invention.

FIG. 1 is a block diagram of a computer system according to an embodiment of the present invention.

FIG. 2 is a flow diagram illustrating a technique for manually aligning a virtual model of an environment with a visual display of that environment, according to an embodiment of the invention.

In some embodiments, storage subsystem 110 can store one or more software programs to be executed by processing unit(s) 105. “Software” refers generally to sequences of instructions that, when executed by processing unit(s) 105 cause computer system 100 to perform various operations, thus defining one or more specific machine implementations that execute and perform the operations of the software programs. The instructions can be stored as firmware residing in read-only memory and/or applications stored in magnetic storage that can be read into memory for processing by a processor. Software can be implemented as a single program or a collection of separate programs or program modules that interact as desired. Programs and/or data can be stored in non-volatile storage and copied in whole or in part to volatile working memory during program execution. From storage subsystem 110, processing unit(s) 105 can retrieves program instructions to execute and data to process in order to execute various operations described herein.

A user interface can be provided by one or more user input devices 120, display device 125, and/or and one or more other user output devices (not shown). Input devices 120 can include any device via which a user can provide signals to computing system 100; computing system 100 can interpret the signals as indicative of particular user requests or information. In various embodiments, input devices 120 can include any or all of a keyboard, touch pad, touch screen, mouse or other pointing device, scroll wheel, click wheel, dial, button, switch, keypad, microphone, and so on.

Display 125 can display images generated by electronic device 100 and can include various image generation technologies, e.g., a cathode ray tube (CRT), liquid crystal display (LCD), light-emitting diode (LED) including organic light-emitting diodes (OLED), projection system, or the like, together with supporting electronics (e.g., digital-to-analog or analog-to-digital converters, signal processors, or the like). Some embodiments can include a device such as a touchscreen that function as both input and output device. In some embodiments, other user output devices can be provided in addition to or instead of display 125. Examples include indicator lights, speakers, tactile “display” devices, printers, and so on.

It will be appreciated that computer system 100 is illustrative and that variations and modifications are possible. Computer system 100 can have other capabilities not specifically described here (e.g., mobile phone, global positioning system (GPS), power management, one or more cameras, various connection ports for connecting external devices or accessories, etc.). Further, while computer system 100 is described with reference to particular blocks, it is to be understood that these blocks are defined for convenience of description and are not intended to imply a particular physical arrangement of component parts. Further, the blocks need not correspond to physically distinct components. Blocks can be configured to perform various operations, e.g., by programming a processor or providing appropriate control circuitry, and various blocks might or might not be reconfigurable depending on how the initial configuration is obtained. Embodiments of the present invention can be realized in a variety of apparatus including electronic devices implemented using any combination of circuitry and software.

Although computing devices become increasingly sophisticated by the day, a human being’s visual capability to recognize objects within the real world around him remains vastly superior to that of any computing device. Certain embodiments of the invention seek to take advantage of a human being’s superior visual recognition abilities in order to calibrate a virtual model of the human’s local environment with a real-world view of that human’s local environment.

In block 216, the mobile device can re-overlay the image of the real-world environment with a revised portion of the wire frame model based on the position and orientation recalculated in block 214. In certain embodiments of the invention, this process can be repeated until the mobile device’s user is satisfied, based on his visual perception, that the wire frame model overlaid on the image shown on the display is sufficiently aligned with the real-world objects represented within that image.

In one embodiment, after the virtual model has been aligned with the pixels in the real-world image, the mobile device user can use the mobile device’s touchscreen interface to interact with the image and modify the image. For example, the user might interact with the image in the manner that causes a wall of a building to vanish or “peel away” so that the user can then view the wire frame structure of the building’s interior. Under such circumstances, the pixels corresponding to the removed surface may be replaced, on the display, with filled-in pixels representing the building’s interior, including floors, doors, windows, etc. Essentially, in one embodiment, once the virtual model has been properly aligned with the real-world image, the mobile device’s user can exercise a form of “x-ray vision” relative to the world shown on his mobile device’s display.

Embodiments of the present invention can be realized using any combination of dedicated components and/or programmable processors and/or other programmable devices. The various processes described herein can be implemented on the same processor or different processors in any combination. Where components are described as being configured to perform certain operations, such configuration can be accomplished, e.g., by designing electronic circuits to perform the operation, by programming programmable electronic circuits (such as microprocessors) to perform the operation, or any combination thereof. Further, while the embodiments described above can make reference to specific hardware and software components, those skilled in the art will appreciate that different combinations of hardware and/or software components can also be used and that particular operations described as being implemented in hardware might also be implemented in software or vice versa.

Computer programs incorporating various features of the present invention can be encoded and stored on various computer readable storage media; suitable media include magnetic disk or tape, optical storage media such as compact disk (CD) or DVD (digital versatile disk), flash memory, and other non-transitory media. Computer readable media encoded with the program code can be packaged with a compatible electronic device, or the program code can be provided separately from electronic devices (e.g., via Internet download or as a separately packaged computer-readable storage medium).

Thus, although the invention has been described with respect to specific embodiments, it will be appreciated that the invention is intended to cover all modifications and equivalents within the scope of the following claims.