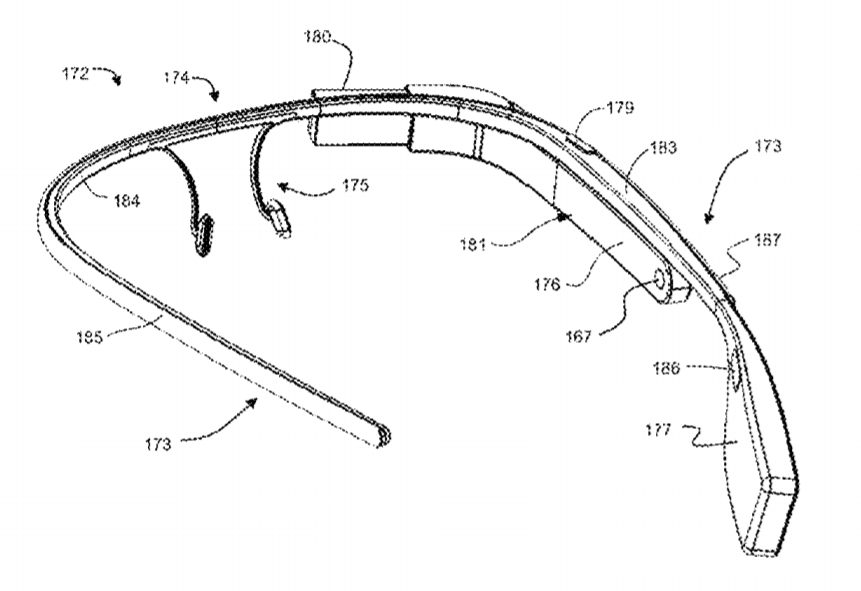 Unless otherwise indicated herein, the materials described in this section are not prior art to the claims in this application and are not admitted to be prior art by inclusion in this section.

Computing devices such as personal computers, laptop computers, tablet computers, cellular phones, and countless types of Internet-capable devices are increasingly prevalent in numerous aspects of modern life. Over time, the manner in which these devices are providing information to users is becoming more intelligent, more efficient, more intuitive, and/or less obtrusive. The trend toward miniaturization of computing hardware, peripherals, as well as of sensors, detectors, and image and audio processors, among other technologies, has helped open up a field sometimes referred to as “wearable computing.” In the area of image and visual processing and production, in particular, it has become possible to consider wearable displays that place a graphic display close enough to a wearer’s (or user’s) eye(s) such that the displayed image appears as a normal-sized image, such as might be displayed on a traditional image display device. The relevant technology may be referred to as “near-eye displays.”

Emerging and anticipated uses of wearable displays include applications in which users interact in real time with an augmented or virtual reality. Such applications can be mission-critical or safety-critical, such as in a public safety or aviation setting. The applications can also be recreational, such as interactive gaming Many other applications are also possible. Other personal image displays can be what is referred to as a heads-up display, wherein the image is displayed on, in, or through a transparent display that superimpose the displayed image over a view of the surrounding environment. These allow the user to view the image presented by the display simultaneously with their surroundings. Such devices, however, can have many limitations, including in their fit and comfort to their wearers as well as limited functionality.

Both head-mounted and heads-up displays can be connected to a video source that receives a video signal that the device can read and convert into the image that they present to the user. The video source can be received from a portable device such as a video player, a portable media player or computers. Some such display devices are also configured to receive sound signals, which are delivered to the user typically through incorporated headphones. The functionality of these types of displays is, however, limited to passive actions wherein the display simply receives information from an external source and presents it to the wearer in limited forms.

Advances have recently been made that have added input functionality to head-mounted display devices as well as connectivity to specially-configured data and information networks and services. These advances, along with further advances in the form-factors, fit, and wearability of such devices have allowed certain such head-mounted display devices to be usable in the everyday life of various consumers. The particular requirements of such devices may, however, vary depending on various users needs or even an individual’s needs in particular situations, including the various electronic components that the head-mounted display device requires to carry out the needed functionality.

A further aspect of the present disclosure relates to an auxiliary component unit for use with a head-mounted device. The head-mounted device an have a center support extending in generally lateral directions, a first side arm extending from a first end of the center frame support, a second side arm extending from a second end of the center support, and an extension arm configured to present information to the user via a display extending therefrom. The extension arm can extend at least partially along the first side arm on a first side of the center support. The auxiliary component unit includes an attachment member having a resiliently deformable channel sized to capture and maintain a portion of the second side arm therein. The unit further includes a first housing affixed with the attachment member such that assembly of the attachment member with the second side arm retains the first housing on the second side arm. The first housing contains a first electronic component therein. A connection cable extends from the auxiliary component unit and is in electronic communication with the first electronic component. The connection cable is attachable with an electrical connection feature of the device.