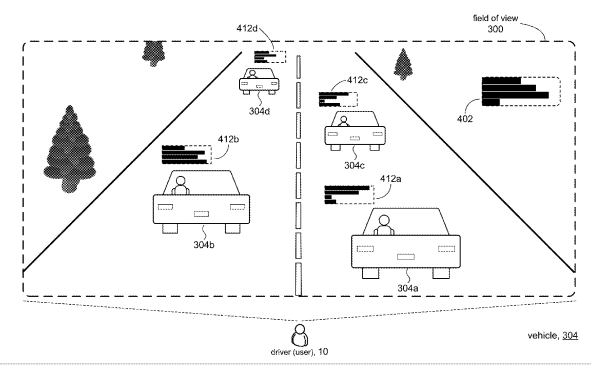 Augmented reality is a technology that superimposes a computer-generated image on a user’s view of the real-world, thus providing a composite (augmented) view of their real-world surroundings. The augmentation is usually done by adding extra data (e.g., holograms) to the real-world objects around the user. Consider, for example, a user who is traveling abroad. Suppose the user is interested in the history of the nearby buildings. The user can launch a history app enhanced with augmented reality capability on their smartphone and connect to the Internet. The app looks through the smartphone’s camera and shows the real-world surroundings to the user. The user can point the smartphone at a building and in response the app can show a graphical callout (e.g., hologram) that provides some historical information next to the building, thus augmenting the real-world object (i.e., the building) with virtually generated information.

The present disclosure describes a system for an augmented reality (AR) based social community for drivers. In various embodiments, a driver’s vehicle can be configured to provide an AR experience while driving. The system can provide the driver’s vehicle telemetry that provides information about nearby community members and their vehicles on the road. The system can augment the driver’s view of their real-world surrounding, as seen through a wearable augmented device for example, with virtual objects that represent information obtained from the received telemetry. In some embodiments, for example, the information can include assessments of those drivers (e.g., their driving behavior) as voted on or otherwise rated by members of the driving community. In some embodiments, the system can provide the AR experience using a heads up display configured with an AR display system.

In accordance with the present disclosure, the received telemetry can include information that represents the community’s assessment of the driver’s own driving behavior. The system can further augment the driver’s view of their real-world surrounding with virtual objects that represent such information.

In accordance with the present disclosure, the system can allow a driver to assess another driver’s behavior on the road, for example, by describing that other driver’s vehicle and speaking words or phrases that indicate a particular behavior and a positive or negative assessment of the behavior. The system can tally up these “votes” for all behaviors of all drivers, and present the resulting cumulative assessments to drivers in the community.

The following detailed description and accompanying drawings provide further understanding of the nature and advantages of the present disclosure.