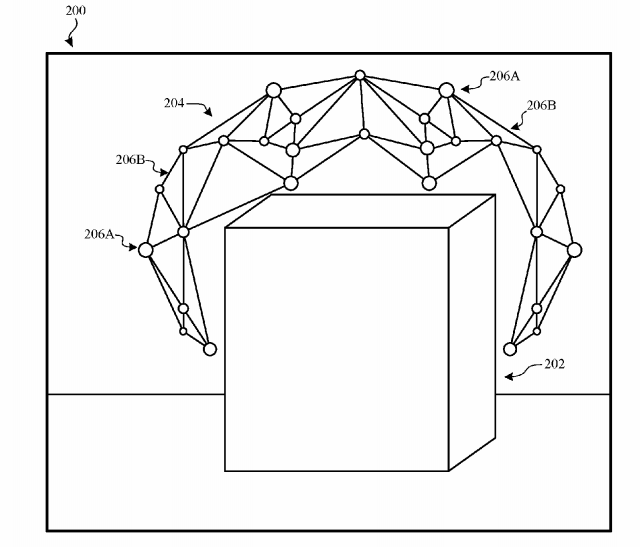 Unmanned aerial vehicles (UAVs) typically have a camera that captures images as it travels a path designed by its operator. The UAV may be maneuvered by the operator along a trajectory that enables the camera to capture the scene from a variety of camera positions having different vantage points. Ideally, the scene would be observed in great detail, such that the reconstruction is as accurate and detailed as possible. However, a variety of constraints may make such an approach impossible (e.g., limited flight time, storage capacity constraints, etc.). As a result, a tradeoff may exist between the amount of data that may be collected by the camera and the costs associated with collecting the data.

It is with respect to these and other general considerations that the aspects disclosed herein have been made. Also, although relatively specific problems may be discussed, it should be understood that the examples should not be limited to solving the specific problems identified in the background or elsewhere in this disclosure.

Examples of the present disclosure describe systems and methods for generating optimal scanning trajectories for unmanned aerial vehicles (UAVs) that capture 3D scenes using one or more cameras. For example, a drone or other moveable camera may be used to gather information about the scene. In an initial pass, the moveable camera may travel an initial trajectory that may be used to gather an initial dataset. The initial dataset may be analyzed to generate an optimal scanning trajectory that may then be used by the moveable camera to gather subsequent data. Further analysis of the initial and subsequent data may be performed in order to further refine or optimize a trajectory for scanning the scene. Further iterations and optimizations may be performed, continually refining and improving the flight trajectory based on newly-acquired information about the scene.

This Summary is provided to introduce a selection of concepts in a simplified form that are further described below in the Detailed Description. This Summary is not intended to identify key features or essential features of the claimed subject matter, nor is it intended to be used to limit the scope of the claimed subject matter. Additional aspects, features, and/or advantages of examples will be set forth in part in the description which follows and, in part, will be apparent from the description, or may be learned by practice of the disclosure.