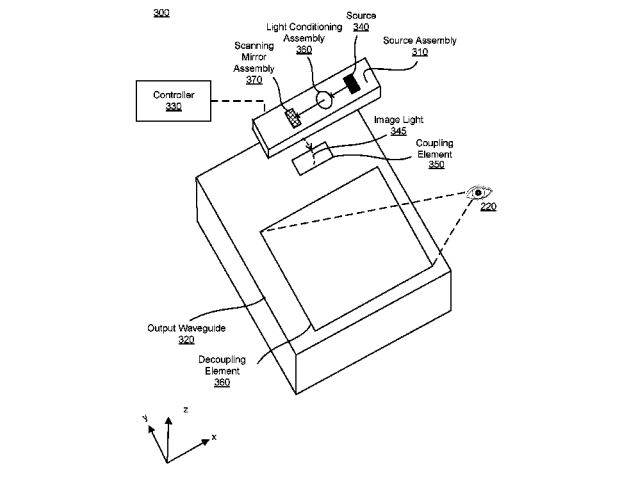 This disclosure relates generally to near-eye-displays, and in particular, to near eye displays including scanning MicroLED arrays.

In conventional display designs in near-eye-displays, the common factors considered are brightness, resolution/FOV, and compactness. In augmented reality (AR) applications using next generation displays, often a wideband source is preferable than single wavelength laser. MicroLEDs are a good choice for such displays due to their wide spectrum and high brightness. But the small array size in MicroLED technology limits a simple 2D display resolution to about 640.times.480. In addition, the display size is also large due to large pixel pitch and low fill factor of the array.