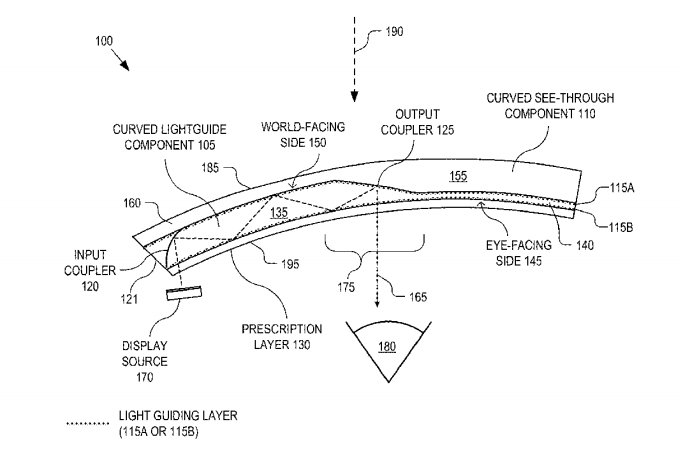 A head mounted display (“HMD”) or head wearable display is a display device worn on or about the head. HMDs usually incorporate some sort of near-to-eye optical system to create a magnified virtual image placed a few meters in front of the user. Single eye displays are referred to as monocular HMDs while dual eye displays are referred to as binocular HMDs. Some HMDs display only a computer generated image (“CGI”), while other types of HMDs are capable of superimposing CGI over a real-world view. This latter type of HMD typically includes some form of see-through eyepiece and can serve as the hardware platform for realizing augmented reality. With augmented reality the viewer’s image of the world is augmented with an overlaying CGI, also referred to as a heads-up display (“HUD”).

HMDs have numerous practical and leisure applications. Aerospace applications permit a pilot to see vital flight control information without taking their eye off the flight path. Public safety applications include tactical displays of maps and thermal imaging. Other application fields include video games, transportation, and telecommunications. There is certain to be new found practical and leisure applications as the technology evolves; however, many of these applications are limited due to the cost, size, weight, field of view, and efficiency of conventional optical systems used to implemented existing HMDs. HMDs are likely to have broader adoption by the public, if they can effectively incorporate prescriptive correction for a wide variety of users with different prescriptive needs.