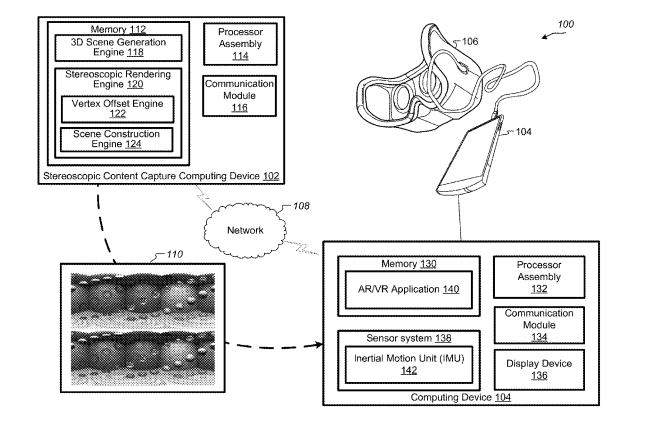 Field of the Disclosure

Description of the Related Art

Head-mounted displays (HMDs) and other near-eye display systems can utilize a near-eye lightfield display or other computational display to provide effective display of three-dimensional (3D) graphics. Generally, the near-eye lightfield display employs one or more display panels and an array of lenslets, pinholes, or other optic features that overlie the one or more display panels. A rendering system renders an array of elemental images, with each elemental image representing an image or view of an object or scene from a corresponding perspective or virtual camera position. Such near-eye lightfield displays typically exhibit a tradeoff between eyebox size and field of view (FOV) as eyebox size is proportional to the ratio of eye relief to lenslet focal length. Thus, to provide satisfactory FOV, a conventional near-eye display system employing an near-eye lightfield display typically has a relatively limited eyebox, which often is problematic in view of the variability of inter-pupillary distance (IPD) among the population of potential users and the variability in accurate positioning of a user’s eye relative to the display, either of which can result in a user’s pupil falling outside of the boundaries of the eyebox and thus resulting in occlusion of at least a portion of the imagery intended to be displayed to the user’s eye.