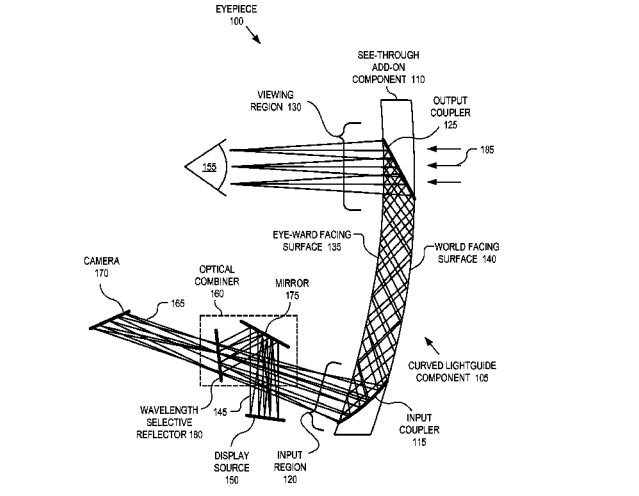 A head mounted display (“HMD”) or head wearable display is a display device worn on or about the head. HMDs usually incorporate some sort of near-to-eye optical system to create a magnified virtual image placed a few meters in front of the user. Single eye displays are referred to as monocular HMDs while dual eye displays are referred to as binocular HMDs. Some HMDs display only a computer generated image (“CGI”), while other types of HMDs are capable of superimposing CGI over a real-world view. This latter type of HMD typically includes some form of see-through eyepiece and can serve as the hardware platform for realizing augmented reality. With augmented reality the viewer’s image of the world is augmented with an overlaying CGI, also referred to as a heads-up display (“HUD”).