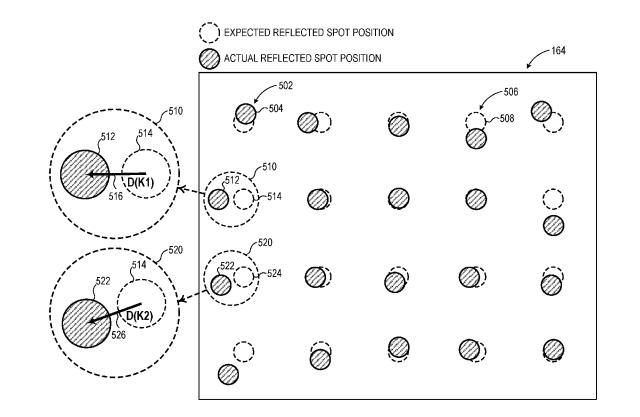 Head-mounted displays (HMDs) and other near-eye display systems can utilize a near-eye lightfield display or other computational display to provide effective display of three-dimensional (3D) graphics. Generally, the near-eye lightfield display employs one or more display panels and an array of lenslets, pinholes, or other optic features that overlie the one or more display panels. A rendering system renders an array of elemental images, with each elemental image representing an image or view of an object or scene from a corresponding perspective or virtual camera position.

Generally, each array of elemental images is rendered with reference to a particular focal plane, and is rendered based on an assumption that the user’s eye is free of substantial aberrations. However, if the user’s eye is subject to refractive errors or other aberrations, the displayed imagery may appear blurry or distorted. To avoid such issues, the near-eye display device could be designed to permit the user to wear corrective eyeglasses, but the resulting form factor typically is impracticable for weight, inertial, and size reasons. Similarly, if the current accommodation state of the user’s eye is not consistent with the focal plane for which the array of elemental images is rendered results in inconsistent depth cues that can result in cognitive fatigue for the user and thus detract from the user’s experience.