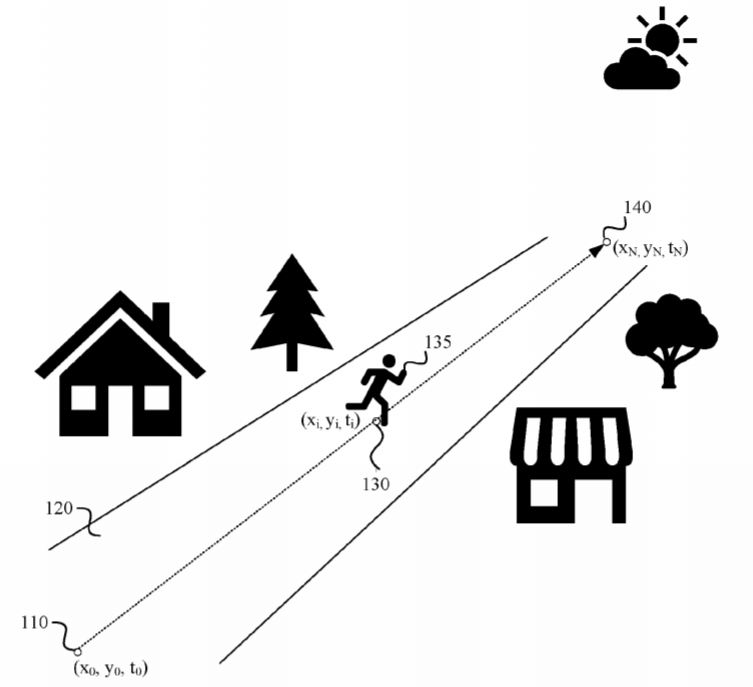 [0002] This disclosure generally relates to image processing, and in particular to systems and methods for augmented reality effects.

[0003] Augmented Reality (AR) effects are computer-generated visual effects (e.g., images and animation) that are superimposed or integrated into a user’s view of a real-world scene. Certain AR effects may be configured to be placed with objects in the real world. For example, a computer-generated unicorn may be visually placed on a real-world table. The augmented effect may be presented in a variety of ways. For example, the real-world table may be captured by the camera of a mobile smartphone and displayed in real-time through the device’s display. In addition to displaying the table, the computing device may also display the unicorn, integrating it with the video of the table that is being displayed. As another example, a user may be viewing the real-world through AR glasses or viewing optics. Like regular glasses, the AR glasses may have one or more lenses that are translucent so that the user may see real-world objects through the lenses. A computer-generated unicorn may be projected onto the lenses so that the unicorn is seen along with any real-world object that is visible through the lenses.

[0004] A mobile computing device, such as a smartphone, AR glasses or headset, tablet computer, or laptop computer, may include functionality for determining its location, direction, or orientation, such as a GPS receiver, compass, gyroscope, or accelerometer. Such a device may also include functionality for wireless communication, such as BLUETOOTH communication, near-field communication (NFC), or infrared (IR) communication or communication with a wireless local area networks (WLANs) or cellular-telephone network. Such a device may also include one or more cameras, scanners, touchscreens, microphones, or speakers. Mobile computing devices may also execute software applications, such as games, web browsers, or social-networking applications. With social-networking applications, users may connect, communicate, and share information with other users in their social networks.

[0005] Movement progress or performance is often measured based on distance as a function of time. For example, a jogger may measure his jogging performance based on how far he has traveled over a period of time. To compare his current performance with his past performance or with someone else’s performance, the jogger typically can only compare metrics that measure the end results: he could compare the amount of time taken to complete a particular jogging distance or route, or he could compare the distance jogged within a particular duration. In either case, the jogger lacks feedback on his progress or performance while he is jogging and only has a sense of how he did after-the-fact.

[0009] In particular embodiments, the application may first track and record a user’s first movement session using a particular tracking method, such as GPS. The AR application may be triggered by a start time, such as when the user presses a “start” button, and start tracking the user’s locations (e.g., GPS coordinates including longitude and latitude) along a route. Each snapshot of the user’s location information may include a GPS coordinate, time, altitude, pace, or any other relevant information related to the instant at which the user’s location was recorded. For example, for each location tracked, a corresponding time may be associated with the location at which the location is recorded. Based on the tracking record, the AR application can figure out a corresponding past location in the tracking record with respect to the user’s current movement, such that if the user has been running for 10 seconds from a start time in the current session, the corresponding past location may be determined when the user had been running for 10 second during the recorded first movement session.

[0011] FIG. 1 illustrates a snapshot of an example scenario 100 during a first movement session, in accordance with particular embodiments.

[0012] FIG. 2 illustrates a snapshot of an example scenario 200 during a second movement session, in accordance with particular embodiments.

[0013] FIG. 3 illustrates an example method of creating a virtual reference object by a computing system in particular embodiments.

[0017] In particular embodiments, a computing system may be configured to create a virtual “companion” (e.g., for performance comparison or pacing purposes) and integrate the virtual companion as an AR effect into a user’s view of a real-world scenes. Based on the relative position of that virtual companion and the user’s current location, the user be presented with a visual comparison of his current movement (e.g., jogging, walking, biking, or skiing progress) against his own past movement or another user’s past or concurrent movement at a corresponding moment in time with respect to a start time. For example, with a pair of AR glasses or a smartphone screen, the user may be able to see the virtual companion running ahead or behind him in the field of view of the user.